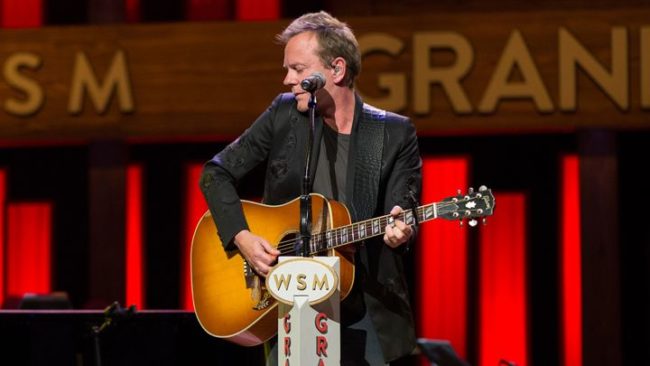 Kiefer Sutherland gets the “why now?” question about music a lot. His answer is keenly simple: “Now, I just don’t give a shit.”

At 49-years-old, Sutherland, one of the most successful actors of his generation, is making his debut as a country singer-songwriter. But he’s far from a bandwagon jumper. The London-born, Toronto (by way of California)-bred star started playing violin at age four and has been honing his guitar skills since he was 10-years-old. He nurtured other recording artists’ careers via his own record label, Ironworks, which he co-founded with best friend Jude Cole more than a decade ago. And now, just as the Hollywood heavyweight has signed on for another primetime network gig, playing POTUS on ABC’s Designated Survivor, he’s simultaneously releasing his own music. It’s a résumé curveball, sure, but not really out of character.