More than 25 years after the original movie thrilled audiences, Kiefer Sutherland is returning to “Flatliners.”
The Sony remake is set for the big screen and will star Ellen Page, Diego Luna, Nina Dobrev, James Norton and Kiersey Clemens. 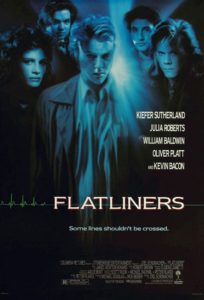 Kiefer Sutherland is joining the cast of the reboot of the 1990 film after schedules were worked out for the actor to do both his new ABC series Designated Survivor and the Sony feature film. Sutherland, who will play a seasoned doctor in the redo, joins Ellen Page, Diego Luna, Nina Dobrev, James Norton and Kiersey Clemens. His deal is not completely closed but he has committed to doing it.

The original thriller, which co-starred Julia Roberts, Kevin Bacon, Billy Baldwin, and Oliver Platt, followed five medical students who decide to trigger near-death experiences by purposely stopping their hearts. However, as they delve into their work, the experiments become more and more dangerous and scary as they are forced to confront the sins of their pasts as well as contend with the paranormal consequences of crossing a line to the other side.

We’ll find out soon enough how closely the reboot follows that one as the film goes into production in Toronto later this week.

First of all, I’d just like to point out that there was already, ostensibly, a remake of Flatliners. But okay, they’re still doing another one anyway! Lalalalalala Can’t Hear You Over The Sound Of This Cold Hard Cash. The new film stars Ellen Page, Nina Dobrev, James Norton, Kiersey Clemens and now original cast member Kiefer Sutherland, who’s is in talks for the role of a “seasoned doctor,” according to Deadline. Hmmm…”seasoned doctor”…could he possibly be playing Nelson Wright, the same character he portrayed in the original movie? Medical students do tend to pursue careers in the medical field, just saying! The original Flatliners was directed by Joel Schumacher and starred Sutherland, Julia Roberts, Oliver Platt, William Baldwin and Kevin Bacon as medical school students who experiment with near death experiences. The film grossed over $60 million in North America.

Kiefer Sutherland has worked out his schedule for the new TV series Designated Survivor to join the cast of the new Flatliners, starring Ellen Page, Diego Luna, Nina Dobrev, James Norton and Kiersey Clemens as the next generation of doctors-in-training ready to go under. 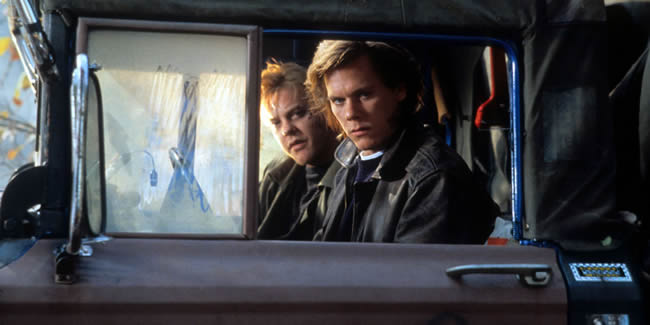 Sony’s reboot of 1990 movie Flatliners is picking up pace – and now it’s picked up one of its original stars too.

Kiefer Sutherland, who played Nelson – one of four medical students who experiment with near death experiences – will return for the reboot.

Sutherland is one of the original members from the iconic 1990 “Flatliners” movie, which also starred Julia Roberts, Kevin Bacon, Billy Baldwin and Oliver Platt as five medical students who experimented with near-death experiences by stopping their own hearts.