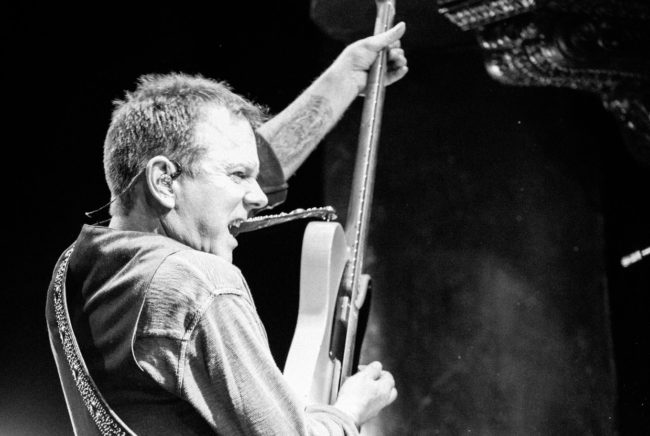 Kiefer Sutherland’s upcoming debut album Down In A Hole partly stems from his long friendship with artist Jude Cole, who produced the project.

“He and I have been friends since I was about 20 years old. We became friends in about 20 minutes. He was an incredible guitar player — so good that I just kind of I hid my guitar for about three years, because I didn’t want to play around him,” Sutherland tells Billboard. “One of the great connectors for him and I both was music. He turned me on to a lot of music that I didn’t know about, and that became a real kind of avenue of communication for the both of us.”

Kiefer Sutherland Band at Thalia Hall in Chicago on May 21, 2017